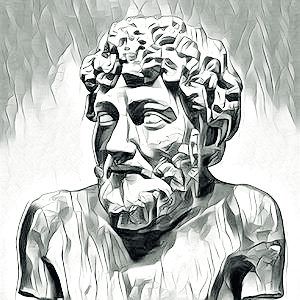 Aesop was a Greek fabulist and storyteller credited with several fables now collectively known as Aesop's Fables. Although his existence remains unclear and no writings by him survive, numerous tales credited to him were gathered across the centuries and in many languages in a storytelling tradition that continues to this day.

No act of kindness, no matter how small, is ever wasted.


Don't kill the goose that lays the golden egg.


Misfortune tests the sincerity of friends.


He that is hard to please, may get nothing in the end.

For more quotes you can browse the following pages: