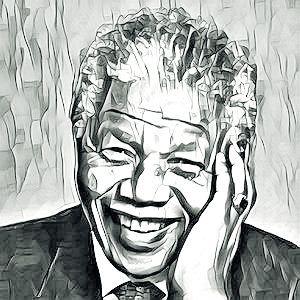 Nelson Mandela was a South African anti-apartheid revolutionary, political leader, and philanthropist. He served as President of South Africa from 1994 to 1999. He was the country's first black head of state and the first elected in a fully representative democratic election. Nelson Mandela won the Nobel Peace Prize in 1993.

I never lose. Either I win or learn.


A winner is a dreamer who never gives up.


It is better to lead from behind and to put others in front, especially when you celebrate victory when nice things occur. You take the front line when there is danger. Then people will appreciate your leadership.


Education is the most powerful weapon which you can use to change the world.


It always seems impossible until it's done.


When the water starts boiling it is foolish to turn off the heat.


Money won't create success, the freedom to make it will.

For more quotes you can browse the following pages: