Bruce Lee – The Man Who Bridges the West and East 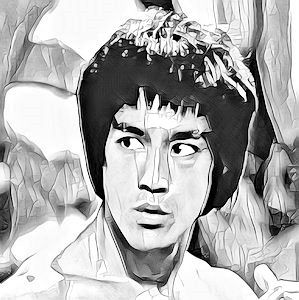 The story of Bruce Lee


Bruce Lee was a cultural icon and he remains one to this very day. He was a man who perfected himself in many mediums.

Bruce Lee is one of the most iconic men to live in the last 100 years. He is most known for his time as one of the most well-known and iconic actors of his time, as well as being a renowned and often mind-boggling martial artist throughout his life. He was also a martial arts instructor alongside his own talents of the subject, along with being a director of some films that he had starred in too. He was influential in also bridging connections between the often distant Western and Eastern cultures of the world, often being quoted as the man who single handedly bridged the two regions together.

Bruce Lee learned that self-defense was a necessity very early on in his life when he was attacked and beaten by a gang in Hong Kong. This was the exact moment that spurred him on into pursuing the mastery of martial arts. He had sought to improve himself after this event rather than cowering in fear. He had even gone as far in martial arts as to develop his own fighting style, due to his open criticism of the already developed fighting styles not being practical enough for his own liking.

He also struggled in the acting world initially, with Asian stereotypes proving prevalent in the film industry at the time, especially in the West. Many films and directors were not exactly keen on an Asian man being the lead character of a project and this often resulted in Bruce being rejected and replaced for roles in many occasions, despite this, he did not give up his acting dream.

His death was tragic, a co-star of his had given him medicine to sooth a headache he had been having, and unfortunately, he never woke up after taking the medicine, he was ruled to have died due to his brain swelling from a reaction to the medicine. He tragically died at the age of just 32, just days before the premiere of 'Enter the Dragon'.

Despite his tragically short life, Bruce Lee had achieved so much with the time he had been given. By just the young age of 18, he had gone to act within an incredible twenty films already, as well as developing his own martial arts fighting style.

His major successes in the movie industry began with films such as 'The Big Boss' and the even more popular 'Fists of Fury', he had even gone on to choreograph, write, direct and star in the scenes he had been in within 'Way of the Dragon', proving that Bruce was a lot more than a one trick pony in the film world.

After his death, he had been listed in Time Magazine's '100 most influential people of the 20th century', as well as having the major honor of a statue unveiling of himself in LA in 2013 in honor of commemorating and acknowledging the accomplishments he had achieved during his short life.

Bruce Lee was an icon, and still is today, and his work especially when it came to bridging the gap between Asian and western cultures throughout the 20th century breaking the barriers set by the racial stereotypes and definitions at the time.

What lessons can we learn from Bruce Lee's life?

1. Pursue Your Own Style

Bruce Lee adapted his talents across the world of entertainment and the educational/fighting world. He became an expert in the martial arts world, as well as being a clinical educator of the skill to those who were interested. He was extremely talented in the acting world, as well as his writing and directing ability to assist his talents with acting. He adapted himself across different mediums and never settled or stagnated at any given moment of time.

Overall, Bruce Lee was a cultural icon and he remains one to this very day, as shown by his commemoration throughout the 21st century. His talents were spread across multiple mediums, striving for perfection in all of them. He achieved so much despite his short life, when it was ended so tragically early. He will always be remembered as one of the most influential men of the 20th century in all the areas of expertise that he found himself in. Bruce Lee is an inspiration for all of us in the modern-day, and his story is one that all of us can learn from to strive to improve ourselves and change the conventions of the world that we find ourselves in currently, much like Bruce Lee strove to do in the world of martial arts and the racial stereotypes that were prevalent in the world of Western film making and acting at the time.