Helen Keller – How to Defy the Odds 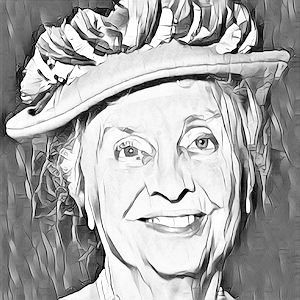 The story of Helen Keller


Helen Keller was an iconic activist for both disabled people and women, so how did she overcome her troubles to become such an influential person?

Helen Keller was a woman of pure inspiration. Being a renowned writer and author, as well as becoming the first blind-deaf woman to obtain a Bachelor of Arts degree. As well as obtaining her own day named after her, she was a high-octane activist for social injustice when campaigning for both women’s rights and disabled people’s acceptance and equal opportunities too. However, her inspiring story did not come without its tribulations.

Helen had went blind and deaf through illness in her early infancy, and due to not learning to speak prior to her illness, meaning early on in her life before her education, she had little to no form of communication between herself and her family. This meant she had immense difficulty comprehending the world around her whilst missing two of her most vital senses for so long.

Being a disabled person in the 1900s was difficult enough as it is, but along with being a woman in a patriarchal and male dominated society, meant that success and breaking the societal barriers was double hard for her throughout her lifetime.

Helen’s life seemed like a relentless challenge. There would never seem to be a moment of rest for the obstacles she faced as a result of missing two of her most important senses. However, this never defined her life and legacy.

As previously stated, despite her obvious challenges, Helen Keller did not let her disabilities define her life. She achieved so much despite the setbacks she would have faced.

She was the first blind-deaf woman to achieve and obtain a Bachelor of Arts degree, as well as becoming a renowned writer, publishing her own autobiography in 1903, which is still in print to this very day and has become known as one of the most famous autobiographies of modern times.

As well as her literary talents, she was politically active too, being a member of the socialist party for over a decade. During this time in politics and throughout the rest of her life, she would become known for advocating for women’s right to vote as well as women’s right to have access to birth control, ideologies that now seem commonplace, but in her male dominated world, would have been met with some criticism.

She was also a prolific supporter of charities and foundations in support of the blind amongst other disabilities. She was one of the most important members of the American Foundation of the Blind, of which she devoted most of her latter life to supporting the foundation by actively raising funds for the group.

1. Disabilities are only a setback. They do not define you.

Helen Keller easily could have gained a victim mentality and wallowed in her sorrows at the catastrophic and devastating hand she had been dealt so early on in her life without being given a fair chance, but she decided to move beyond that. Helen achieved what very few people, let alone women in her position would have ever achieved given her circumstances, which is a key signally to show that regardless of the disabilities you have, you can always choose to not let those disabilities define you as a person at your core.

2. Always strive for what you believe in.

Helen Keller is a key figure in striving for what you believe in. Her advocacy of women’s rights in a male dominated world, as well as her striving for acceptance of disability in a harsh world was something that was nothing short of inspirational. Despite her setbacks and the judgements she would have faced as a women and disabled person, she never let that get in the way of her. She moved from field to field, achieving a high education, along with becoming a renowned author and ascending into politics.

3. Always strive to break barriers regardless of your societal norms.

Helen was raised in a male dominated, patriarchal society, and world. However, she strove to break these barriers to her very last breath and many of her efforts were not lost in vain. Women eventually obtained their rights to vote and birth control is largely an accepted part of many modern societies in the modern day, which Helen would have no doubt played a part in normalizing these everyday scenarios we find ourselves in today. She moved to break down barriers for women and disabled people, and she surely did do that with her life, with her activist movements no doubt having an effect even today in the modern world as women and disabled people strive for an even higher level of equal opportunity and acceptance.

Helen Keller was a woman of immense bravery and inspiration, with a resolute belief in what she and people of her similar situations could achieve in life despite what the world she grew up in would tell her. She was an inspiration for many suffering with disability and loss of senses, as well as women struggling and fighting through to achieve equal rights at a time where barriers in society had been put in place on people of her ilk. She broke all these barriers and more of what was expected of her and her beliefs and motivating story lives on today as many continue to fight for women’s rights around the world and the acceptance and equal rights of many disabled people across the globe.