Jack Ma – The Innovator of Online Sales in Asia (Alibaba) 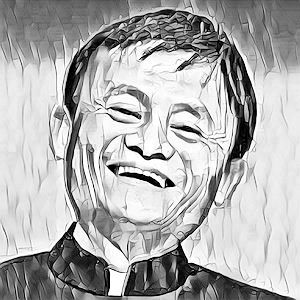 The story of Jack Ma


Jack Ma had gone from 30 job rejections to becoming one of the richest men on Earth, in this piece we will go over his path to achieve this success.

Jack Ma is most known for his creation of Alibaba, which is a retail website similar to eBay, but for the majority of the Asian market. The creation of this company by Jack Ma would establish him as one of the most wealthy and powerful people in not just his homeland of China, but across the entire planet. He used his head to find a route in life to break the role of stagnation and created a new and fresh idea that exploded his life into a life of wealth and fortune.

Jack Ma had many major obstacles to overcome when approaching his adult life. He was never a crazily impressive student, only ever being seen as average when his grades would arrive from his exam results. His time and ability in school could be best exemplified by the exams he took in school. In Asia, they have yearly exams that usually take a year to complete, however, for Jack Ma it took his three times the yearly average for the usual student, completing these exams over the course of three years rather than one.

Upon finishing school also, he had struggled massively to get a job. He once applied for over thirty jobs in the span of a short space of time and received a response of rejection from every single one, which is enough to bog even the most confident of people down and start to make them doubt their ability and overall potential. Despite this constant rejection, he had found a way to innovate, in creating his own route if others were not willing to give him the opportunity.

Jack Ma chose to not remain stagnant after the constant rejection from the jobs he had been applying for. He went on to pursue self-employment when he raised 20,000 to start up his own first company, this company would go on to make over 800,000 in just its first three years of forming, showing Jack’s knack for finding a way and innovation was better than he had once previously thought.

At the turn of the century, the now famous, Alibaba had been founded by Jack Ma. This would go on to become a giant of the online market world around the globe, but especially in Asia, which would lead to the majority of the fortunes that Jack has accumulated today, being valued at just under 50 billion dollars in net-worth.

His work as a businessman had led him to obtaining his fair share of awards. He had been nominated for ‘Young Global Leader’ in 2005, as well as being chosen the World’s Best CEO’s in 2008. Being featured in the well-known and renowned Forbes magazine too. He had been listed among the ‘25 Most Powerful Businesspersons in Asia’ by Fortune Magazine, and lastly, had been labeled and listed in the ‘Top 10 Business Leaders of the Year’ in 2014 by CCTV.

Despite his eventual retirement from the running of Alibaba, he achieved more than he ever could have imagined with the company, which propelled him to become one of the richest and most powerful men on the planet. Since his leaving of the role at Alibaba, he has pursued other avenues such as writing and education, where he hopes to excel himself even further in another competitive medium.

What can we learn from Jack Ma’s life?

1. Do not Have Tunnel Vision. Be Open Minded.

Jack Ma had attempted to go the traditional route of work as expected of society upon his graduation, but upon rejection on several dozen occasions, he chose to broaden his mind to what he could offer the world, not what the world could offer him. He thought outside the box and began to rely on himself in making his own idea, rather than pleading with companies for a job. He was open-minded to going a more unconventional route on the path to success, and this ability to think outside the box is what led him to become the wildly successful man he is today, which is a lesson we could all learn from.

2. Strive for Your Purpose.

Despite Jack's incredible success, that has been enough to set him up for life without any worries during his time as CEO of Alibaba, he has strived for more self-fulfillment in his educational talks and educating himself. This lesson is one of constantly looking for that next time in life to further one's self to better improve as an overall person in the long-run.

Overall, Jack Ma did go on to become an incredible success story. However, this did not happen without its challenges mentally when it comes to the level of self-doubt and fear that mass rejection from jobs can put upon a person. Despite the doubt he would have felt along the way, he chose to persevere and think outside the box when he chose to go the route of forming his own company rather than pleading for work from those companies around him. He was an innovator in the Asian online market world when he created Alibaba, something that had not previously been imagined in the continent. He had accumulated his success and still did not sit stagnant, knowing when to abandon a completed objective to pursue other life interests such as education upon realizing that he had completed his goal of financial success. Jack Ma’s story is one of bouncing back from setbacks, having self-belief, and not letting outside decisions decide what your future can hold for you. His story teaches that you can decide your own fate and that you do not need to sit around pleading with others to decide it for you.