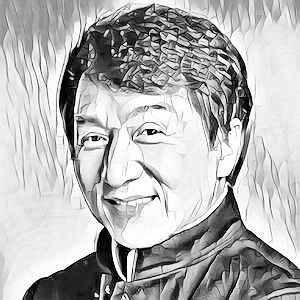 The story of Jackie Chan


Jackie Chan had a major career in martial arts and acting, and sought to overcome the obstacle of being himself and not another Bruce Lee.

Jackie Chan was and still is known as a martial artist who originated from Hong Kong, similarly to Bruce Lee. Despite his similarities to Bruce's career, and even working alongside him on occasion, he always sought to be seen as 'The first Jackie Chan' and never 'The next Bruce Lee'. He has achieved incredible success in the world of Asian entertainment, and Western entertainment, even having an animated show series based upon himself. He, similarly to Bruce Lee, had managed to bridge the gaps between Eastern and Western cultures too.

Jackie did not have an easy upbringing whatsoever growing up in Hong Kong. His family lived in immense poverty, with him often living in a tiny servant quarters for much of his childhood. As well as this, Jackie struggled with learning difficulties due to his dyslexia, however, he did show a keen interest in fighting, with him improving upon this skill from a very early age despite his academic level falling, which would unfortunately lead to him being kept behind in early schooling.

He had been abandoned by his family at the age of 7 in Hong Kong, upon realizing that his father was actually a spy and needed to retreat to a foreign country for his safety, that country being Australia. He, being alone in Hong Kong at a young age, struggled with bullying throughout his schooling life also.

Upon his early adulthood arriving, Jackie gained interest in pursuing a career in acting, however, this did not initially start out how he would have hoped with him being labeled 'useless' early on in his career and almost all of his initial movies failing to succeed, leaving Jackie with massive amounts of self-doubt. However, he would not let this hold him back from achieving his dreams.

Jackie had so much to be proud of even early on in his life, with his talents in martial arts from a very early age being clear, as well as his ability to stand up to those who were bullying him when he stood up for another student who was being bullied.

Despite his failings in the acting world initially, he improvised and saw a gap in the market for movie stunts. This genius innovation in the movie world was what he would become known for, often performing all of his own stunts, which were often very dangerous and led to injuries. However, despite this, Jackie continued to do them as he saw this niche as a route for him to pursue his acting career further.

This was shown when he got the opportunity to work alongside an icon and idol of Jackie's, Bruce Lee, performing as his stunt double in 1971, this was a dream achieved for Jackie.

However, things began to heat up for his career once he again realized a gap in the movie world, when he introduced the form of comedic martial arts. This is what achieved him astronomical success in Asia, with him becoming the highest paid actor in the entire continent, and what would eventually earn him his move into Hollywood in the US where he would go on to become one of the major celebrities of his time in the acting world. He even went on to earn his own animated series based upon himself with references to his career throughout it. This show was a huge success and is still seen as a cult classic for many of those who had grown up in the 2000s watching the show named 'Jackie Chan Adventures', with this show actually being the introduction to Jackie Chan as a person for many who had not heard of him prior.

What lessons can we learn from Jackie Chan's Life?

1. Stand up for Yourself and Others.

Jackie Chan was brought up in a struggling situation, with his life being further hampered by bullying from those around him. Despite this, he one day decided that enough was enough, when he decided to respond back and at the same time stand up for a fellow student who was also being bullied by the people who were bullying himself. This was the moment that ended the cycle of bullying for Jackie and showed that things can turn out right if you stand up for what is right, as well as standing up for yourself and others who maybe do not feel able to stand up for themselves.

2. Aim for Self-Improvement and Innovation.

Jackie Chan gave everything from an early age towards his martial arts talents, often quoting how he would be hungry or be whipped if he were to underperform in his martial arts. He strove to become the absolute best in this field, as well as the same in the world of acting despite his early-life movie failings. He would eventually see gaps in the movie world that he could fill and innovate within, such as performing his own stunts and comedic martial arts, this would be his route to becoming an A-list celebrity and shows that despite setbacks, what is most important is to improve and innovate ourselves in response.

Overall, Jackie Chan had a very difficult upbringing, and despite this, he aimed for perfection in the world of martial arts and acting. He strove for the absolute best he could be, often to a fault. His story is one of major success, and not hiding in the shadow of being the 'next Bruce Lee' but being the 'first Jackie Chan'.