Jordan Henderson: From a Big-Money Flop, to Captain of Football Club 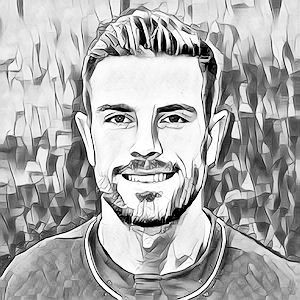 The story of Jordan Henderson


Jordan Henderson went from big-money flop to captain of the best team on the planet, in this piece we will go over how he turned his career around.

Jordan Henderson has had a rather flip-flop career for many years. Many Liverpool fans will probably not be too keen to admit that they had doubted him once upon a time during his 8 years at the club, but they certainly have gone on to be proven wrong.

After just over one season at the club, where he was rarely played, and when he was, it was out of position, Jordan was told he can leave. The manager at the time was actively trying to force him out of the club, however, despite how much this lack of trust and belief devastated him, he decided to stay and attempt to fight for his place despite his future being actively made seem elsewhere.

It was around this time that Jordan’s father had been diagnosed with throat cancer too, being unable to see his father at his request due to the state he had found himself in with the disease. Along with consistent judgment from large proportions of the Liverpool fanbase, as well as picking up consistent injury issues for two years between 2014-2016, things were starting to look on the down again with fans wanting him sold and deeming him not good enough for the club once again, especially since he had taken over from a club icon as captain a year previous.

However, 2017 is when Jordan’s career would finally hit the heights his hard work expected. He captained Liverpool to back to back Champions League finals, winning one in the process to win the first European trophy for the club in over a decade. He would then go on to win the Super Cup as well as the club’s first ever Club World Cup trophy, and finally, the pinnacle of all that cemented his place as a legend, the Premier League title. This title had finally turned the fans and the club in his favor, with it being the first time Liverpool had won the Premier League, as well as it being the first time they had won the league in general in over 30 years.

He is now currently on the path to winning the Player of the Year award, as well as being set to represent England in the European Championships in 2021.

1. Believe in your self

With the amount of criticism and doubt that Jordan Henderson has encountered over the years, it would have been very easy for him to give in to that mindset that he is indeed not good enough for the level he was playing at. However, he didn’t give in. He went on to achieve the unthinkable for one of the biggest clubs on the planet, all the whilst hushing the people who had criticized him for the last decade or so.

2. Fight for your place

Jordan Henderson was on the edge of being forced out in 2012, and if the club’s manager had had his own way, Jordan would have been gone. Despite Jordan being told that if he remained at the club, his game time would be severely limited, he decided to stay and fight for his place to try win over the fans and the trust of all people of power within the club, as well as some legendary players like Luis Suarez who had told Henderson in a heated argument that he was not good enough. He decided to stand up for himself however and went on to win back that trust and place in the team, and today looks like one of the players who is irreplaceable in the lineup. This sentiment of not giving up and fighting for your right to be where you are in life, regardless of what others think is a lesson of great importance for many.

Jordan Henderson was a boy when he joined one of the biggest clubs on the planet for a massive fee in 2011. He faced personal battles, as well as struggling with disease within his family and being unable to see his parent for a period of time when he was receiving some of the worst criticism and abuse in the Premier League for a player of such a young age. He was close to being forced out the door by those who he’d hoped would have believed in him, so instead, he chose to believe in himself, going on to become one of the most successful players and captains in one of the biggest clubs on the planet’s history, despite all the challenges he had faced, especially regarding his ability. 2019 was the year Jordan Henderson made the haters question themselves, but 2020 was the year that he silenced them for good and cemented his place in the history of Liverpool Football Club for the rest of time alongside the greats.