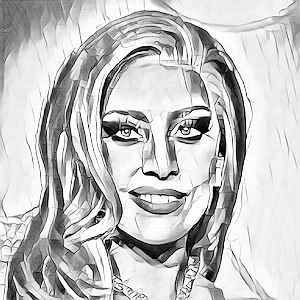 The story of Lady Gaga


Lady Gaga had to bounce back from traumas and deal with the pressures of success from an early age as she rose to stardom in the world of music and acting.

Lady Gaga was one of the major female artists to burst onto the scene suddenly in the late 2000s, as well as one of the major artists of the early 2010s. She has achieved countless records with her music career, as well as having multiple successful transitions into a career of acting. She has been a woman who has had to overcome her past traumas, despite living with it every day, and someone who has always sought to sooth others who do not have it easy in life, as well as being a charitable woman herself with the charities and foundations she supports.

Gaga had faced a challenge from the day she was born. Her parents were well-off by American standards and had worked hard to recover from their childhood of poverty to give their children the life they deserve. This left a lot of pressure on Gaga to follow up on their hard work as parents that had led to them achieving all the successes they had achieved despite their strugglesome childhoods themselves.

Throughout school she was also mocked for her eccentric and outgoing personality, as well as her rather 'odd' and 'out-there' sense of dress. This had made Gaga extremely insecure and perceptive of her appearance and personality.

Eventually, she took the bold move to pull out of the prestigious school she was attending in order to try and pursue what she felt her true artistic goal in life was going to be, despite not having any true inkling towards what that may be. She would be working three jobs during this time period of her life in order to get by, one of those being time as a gogo dancer. She worked herself tired to have the time and opportunity to discover whatever her true creative inspiration was.

Gaga has not been shy about her battles with mental health, most specifically post-traumatic stress disorder (PTSD) which is something that Gaga has had to try to overcome for almost all of her adult life following a terribly shocking experience of being raped multiple times at the age of 19. She has since advocated and been open about her mental health battles and the benefits of taking medication to ease the struggles that come with trying to sooth and overcome a mental battle of that severity. She has had to recover somewhat and bounce back onto the pop culture scene, as well as discover new ways to step outside her comfort zone to adapt and succeed across several entertainment mediums.

Gaga had achieved her musical dream when she released her first album which had songs such as 'Just Dance' and 'Poker Face' on it in 2008, these two songs along had nominated her for two Grammy Awards and had instantly shot her to the top of the musical charts all around the globe at such a young age.

She would also go on to successfully step outside of her comfort zone even further when she moved into the acting world not long after with her role in American Horror Story: Hotel earning her a Golden Globe for her performance.

Her time during the 2010s was only just beginning, however, she went on to perform at the Super Bowl twice, as well as achieving arguably her most notable success of the 2010s in 2018 for her role in 'A Star Is Born' alongside Bradley Cooper. This movie alone earned over 400million across the globe and had earned Gaga Academy Awards, as well as a Golden Globe, a Grammy and the holy grail of acting awards, an Oscar. This movie alone has cemented Gaga as a major success in both the world of music and acting.

She is also a huge supporter of those worse off than her, with her devoting her time and money to visiting those struggling with mental health problems or from struggling backgrounds, as well as supporting dozens of charities and foundations with her earned wealth.

What can we learn from Lady Gaga's life?

1. Be Yourself Despite Your Trauma's

Lady Gaga had to endure one of the most traumatic experiences that can happen to someone, when she had been raped. Despite being open with the struggles this has brought upon her, and continues to bring upon her, she has not allowed this experience to hold her back from being who she truly can be and achieving her maximum potential within life. Her response from her trauma is one of inspiration to all who have gone through a similar experience.

2. Pursue Your Goals Even if you may Struggle at First

Lady Gaga was held in high esteem at the famous art school she was attending and despite that, she stepped outside her comfort zone to pursue an artistic vision that she had not yet began to envisage, yet she knew it was there. She worked extremely hard and put herself into the trenches in order to have the time to work on her end-goal and pathway in life that she had dreamed of.

Lady Gaga is a woman who has had to face the pressures of the world from a very young age, and a woman who has done so well to succeed on a huge scale despite the traumas she has had to endure throughout her life. Her success in both the world of music and acting can be an inspiration to all, and her support to those in similar positions to her in the past and even the present is something that shouldn't be underestimated. Her story is one of recovery and openness and is an all-round inspiration to all those who may struggle with mental health in life.