Nick Yarris: How One Man Found Hope in Hopelessness 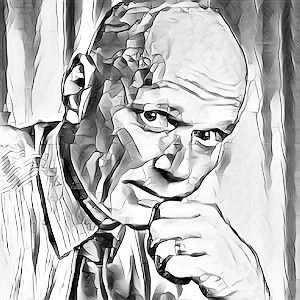 The story of Nick Yarris


The story of Nick Yarris, a man who spent many years in prison sentenced to death. He later became a motivational speaker and a successful author.

Nick Yarris is a professional speaker who campaigns against the death penalty around the world. His fervor for this topic stems from his own experience, which would likely strip the will to live out of just about every other person. Yarris' indestructible lost for life and goodness is highly motivating when we take his tumultuous past into account.

Nick Yarris had a happy childhood for all of 5 years before he was brutally attacked and raped by a teenage boy, leaving him with brain damage and a great amount of trauma. It is not controversial to say that Nick's antics as a young man were heavily influenced by this incident: not only did he begin abusing drink and other harder drugs, Yarris was eventually accused of the kidnap and murder of a policeman. Although later acquitted, the fact that he was accused of such a crime was an indication of the way his life was heading and what the local police thought of him.

Nick's life went from bad to worse while on trial for the aforementioned crime: like anyone, Yarris was desperate to avoid going to jail. Especially for a crime he did not commit. As his honesty was not working, he decided on a lie, which would eventually be his downfall; Nick had recently read about the murder of a young woman - Linda Mae Craig - and decided to pin it on a man he thought was dead. Nick's logic was that there'd be no way to prove him wrong and he would be freed for the information.

However, the man was still alive. The police were able to expose Nick's lie, and since it looked like he was throwing them off the scent, they charged him with the murder of Linda Mae Craig. Nick Yarris was put on death row shortly after, where he would remain for 22 years.

He was truly despondent for most of this time, naturally. Yarris would lay on his arm till it was numb so he could rub his face and simulate being touched by another person - a sensation he went without for 14 years.

Most of his sentence was served on the death row facility of the infamous Huntington state prison. He was surrounded by guards who would batter him black and blue, prisoners who would kill him over a cigarette and a constant threat of attack.

Nick was in this position because he lied. The trauma from his childhood ultimately had a part to play in his decision-making process, but Nick himself is very vocal in interviews now about how it was his fault that he was on death row. Regardless of this, a lie to try and preserve himself was not equal to the life he had to live as a consequence of this. He genuinely believed he was going to be executed for most of his time in prison, and even asked for the execution to be moved forward. That is how hopeless he had become.

One of the most remarkable things about Yarris' life is his unbreakable determination and belief in the power goodness. Although he fully expected to die on death row, this did not stand in the way of his belief that there was a great deal of goodness in the world. Instead of groveling in his cell despondently, Yarris decided to take the path of self-development; he spent virtually all his time reading and writing. He was trying to better himself because he thought it was possible. He saw huge scale suffering on a daily basis, but never lost hope that there was still a moral purpose to his life.

The end goal of Yarris' self-development was to be able to eloquently express himself before his execution. Not to get himself acquitted, but simply to show that he was not the awful person people thought he was - as a death row prisoner, he was tarred by the same brush all the others.

Yarris' insatiable appetite to good was put to the test constantly on death row. Most notably, Yarris came so close to being proven innocent in 1988 when DNA testing was about to show that he wasn't involved in the murder of Linda Mae Craig, only before the DNA samples were destroyed on their way to the laboratory for tests.

The second DNA test came 15 years later. Nick might have given up hope in terms of being released from death row, but he never lost faith in the milk of human kindness. He found a great deal of self-empowerment in being nice to people - it helped him understand that he was fundamentally good and that he must be kind and make the best of every situation.

When he was eventually acquitted after the DNA of 2 other men was found on Linda's possessions, he was sure not to be bitter about his time on death row. Rather, he takes pride in knowing that he did no harm to anyone while he was there. It challenged him in every way possible and made him infinitely compassionate. He goes on record as saying he thinks his life wouldn't be as good as it is now if he hadn't gone through his prison experience.

Yarris has now written inspirational books about his experience and campaigns against the death penalty.

Nick Yarris is an infinitely inspirational character. Below are a few key lessons we can take from his life.

1. Make the best out of everything

Nick Yarris was certain to not become despondent about life. Even when he was certain he was going to be executed, he wanted to make sure he could be proud of himself in the way he acted. Yarris is living evidence that you can make the best out of any situation, no matter how grim it might be.

2. There is always hope

Even when the first DNA test failed in miraculous fashion, Nick Yarris didn't lose hope. He saw his self-development as something to be hopeful towards - a distraction from the chaos that surrounded him. We must learn to find hope in even the most hopeless situations.

Nick Yarris' life is storied, to say the least. In the face of total despair, his relentless optimism and hope is something we should all remember when we are faced with whatever problems life throws our way.