From 330 Pounds to World Champion: How Tyson Fury Overcame his Demons 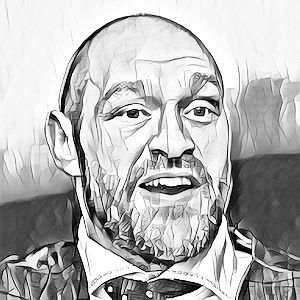 The story of Tyson Fury


From 330 pounds to world champion: How Tyson Fury reclaimed his position as the greatest living heavyweight boxer.

Tyson Fury is a 2-time world heavyweight boxing champion, as well as being the lineal champion of the world. His path to the top has been far from smooth however; in 2016 you would have been right to think he wouldn't live much longer if he maintained his lifestyle of substance abuse, yet alone ever box again. But somehow, not only did Tyson Fury step back in the ring, he conquered it.

Tyson's first world heavyweight title came back in 2015 after beating Vladimir Klitschko. Fury prefers to be the underdog, which is exactly what he was in this bout; Vladimir - and his brother Vitaly - had run roughshod over the heavyweight division for the past 15 years. Though when it came down to the fight, Klitschko's more chiseled physique and professional experience was eclipsed by the stubborn determination and freakish skill of Fury, who won by unanimous decision.

Although most of the world came to love and envy the underdog from Manchester, Fury was not content. In fact, he was far from it. He ballooned in weight up to 330 pounds (=150 kg), stopped going to the gym, and began abusing alcohol and other harder substances.

His career-making victory against Klitschko became a sad reminder of how far Fury had fallen. Now suffering from depression and bipolar disorder, Tyson was vocal in interviews about his unwillingness to live anywhere. When people went on to remind him of his family, his riches and his achievements, he would shoot them down, simply by saying that those things meant nothing if he wasn't happy in himself.

On the 12th of October 2016, an investigation found Fury unable to defend his titles, to the surprise of absolutely no one. An emotional world champion was left with no other option but to vacate his world titles.

Within the space of a year, Tyson Fury had reached the summit of the mountain, before falling harder than anyone could have possibly foreseen.

After a torrid 2016 and a 2017 which was not a drastic improvement, Fury tried to get back on the right track in 2018. On the 10th of January he successfully reapplied for his boxing license, on the condition that he would keep the boxing association up to date with medical records after visits to his psychologists. His depression and bipolar had not magically disappeared, but Tyson had found a new lease on life. His mental illness was something that was going to stay with him for life. Instead of letting it get the better of him, Tyson decided he had to adapt to it and make his life something he could be proud of again.

Although he would have to earn his way back to the top, Fury immediately set his sights on WBC heavyweight champion Deontay Wilder. This was in order to retain his place at the top of the heavyweight division, but also because Wilder himself had said in the past that Fury would never come back from the hole in the ground he had dug for himself.

If he wanted to get back to the top, Fury would have to train harder than he ever had before. This physical training gave him a new purpose; as soon as he was able to motivate himself with the thought of going to the gym and training, he shrugged off the life-threatening addictions he had succumbed to previously.

The training worked - over two years, Tyson Fury lost 125 pounds (=57 kg). After showing his natural talent in his return fights, he was ready to face Deontay Wilder for the WBC heavyweight title. A fight was agreed upon for the 1st of December 2018. In the space of just two years, had been to the depths of despair and back to a life that gave him purpose again.

When Wilder knocked Fury down to the canvas in the 12th round of their first fight, the world seemed to stop; Wilder was a knockout artist, having won 41 of his career fights by knockout. And yet, Fury is stubborn and determined. He wasn't going to let anything stand in his way of reaching his goals.

The first fight ended in a controversial draw, which many thought to be favorable to the Wilder camp. Fury did not become despondent however. It only made him train harder.

When the rematch eventually came around on the 22nd of February 2020, Tyson Fury became the first man to knock Deontay Wilder down and became WBC heavyweight champion after a dominant display.

Unlike his first world heavyweight championship victory, Fury has maintained his ambition, going from strength to strength in training, and not seeing the world title as the end of the road anymore.

The story of Tyson Fury's road to recovery is something that should resonate with all of us and help us to overcome obstacles both big and small. Here are the three key lessons we can take from Fury's superhero story.

1. We must adapt to whatever life throws at us

One of the most important messages we can take from Tyson Fury is that life does not always go the way you want it to - life may well play you a bad hand. It is not ideal, but it's life - you can either crumble or adapt. With Tyson Fury's case, he has accepted that mental health problems all plague him for the rest of his life. However, he has adapted to this; Fury is now a fantastic spokesperson for mental illness and encourages people to be more open about their emotions to try and ease mental health problems.

When he won his first heavyweight championship, many questioned why Fury didn't simply appreciate what he had. However, Fury wasn't happy in himself, so there is no way he was going to be made happy by material things. We must begin by loving ourselves before we can love anything else.

3. Being down and out is a source of inspiration

Sometimes, extreme lows must be experienced for us to reach extreme heights. Fury's spiral out of control acted as a reminder to him of the things he truly valued in life and made him more motivated to live with a purpose than ever before.

When we think about what Tyson Fury has managed to achieve over the past few years, we should appreciate the very human powers that helped him come back from the dead. Tyson Fury himself says that if he can come back from his position to being at the top of the boxing world again, then anyone can achieve anything.