Will Smith – Bankrupt to Millionaire 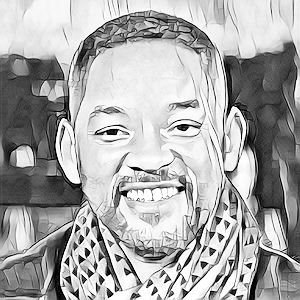 The story of Will Smith


Will Smith had to recover from bankruptcy at an early age, and that he did with his music, TV and movie acting skills.

Will Smith today is known as the man who achieved a decent amount of fame as a rapper, as well as becoming a major success in both the TV and the movie industry, becoming a household name who has acted in countless blockbusters that have grossed billions at the box office, earning him many awards and earning him a status as one of the good guys of Hollywood along the way.

Will had a solid upbringing, with the only significant struggle of his younger years being his parents separating, which for any child is a stressful and confusing time. However, it was in his early years as an adult where life really began to show what level stress could reach when Will had made it on the scene as a musician. He had begun to splurge and blow his money on expensive and materialistic things, spending without care, which he soon realized was not sustainable when two of his songs at the time had flopped. As well as this, the IRS had come figuratively knocking on Will's door, stating he owed almost $3million in unpaid tax, this resulted in Will losing all his belongings and becoming bankrupt at an early age despite his success and popularity.

It was also not long after this event with the IRS that Will had been arrested for an alleged assault on his record promoter at the time, however the charges were eventually dropped.

Will's successes go on a lot longer than his shortcomings, with him becoming successful in the music scene at an early age, as well as obtaining a role on the Fresh Prince of Bel Air which helped him recover from his bankruptcy, and was the true beginning of his explosion to stardom with the show becoming a cultural icon that is still known and watched even 30 years on from the shows release.

Will would then move into movies, getting a role in Bad Boys in 1995, which was his first commercial success in the movie industry and put him on the map as a film actor with the movie earning $150million in revenue, however it was his role in Independence Day not long after that really dive bombed Will into the big time, with the movie being a smash hit, becoming the second highest grossing movie of all time at the time, this would be the role that would also earn Will a role in Men in Black, which would go on to gross an incredible half a billion in revenue.

His musical successes were still going on in the background though, with his song 'Getting jiggy wit it' becoming his first single to hit the Billboard Top 100 list, as well as his song 'Will 2k' becoming another of his songs to hit this list on his second album.

All the while, Will's acting career was his main source of popularity, with it securing him a total of five Golden Globe nominations, two Academy Awards and four Grammy's for his music, along with receiving a nomination for Academy Award for Best Actor, and as of 2016 in Will's life, his movies combined have grossed just short of $10billion internationally, with Will himself being estimated to be worth just under $500million as of 2019. So, I think it is safe to say that Will has managed to recover from his early life bankruptcy at the hands of the IRS.

1. Have a Bounce-back Mentality.

Will had endured something that surely would have broken a man who seemed to have it all at such a young age, with his career seemingly in tatters, as well as being in copious amounts of debt, along with all his possessions being taken from him and having to file for bankruptcy despite being on top of the world not that long ago previously. Despite this huge setback, Will bounced back bigger and better than I am sure not even he could have imagined, going on to become a household name in the modern day of the pop culture world.

2. Do not Restrict Yourself.

Very few people do what Will did when it comes to attempting to branch into different mediums, out of fear of failing and it effecting their main medium. Despite this, Will made it big in music, television and especially movies, and even social media platforms such as YouTube if you'd want to include that also, he really did make himself a jack of all trades who was not afraid to pursue what he felt a passion for regardless of the reputation he had for what he had done previously or had been previously known for doing in life. This is a lesson to never restrict yourself to one lane of playing.

Will Smith had a lot of early struggles in his wildly successful start to life as a celebrity. His lack of understanding of money and taxes ensured that he was going to be off to the most difficult start someone could possibly have in their adult life, that being bankruptcy, as well as this, he also had the bounce-back mentality to be able to find a way to recover from this as such a young age, but not only managed to recover from it, but managed to recover in a way that not even he could have imagined at the time with the success that he has encountered in the modern day and at the time especially in the 90s. Will is an inspiration for those wanting to make it in multiple fields of entertainment, as well as being a generally nice guy in the often-cruel world of Hollywood.